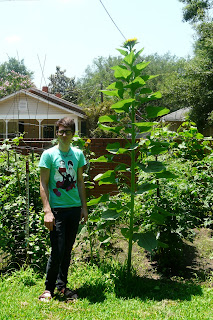 Daniel's giant 8 1/2 foot sunflower.  The flower is just starting to open.  For reference, the human is about 6 ft tall.  The tomatoes in the background have turned light green.
Posted by wlstarn at Monday, May 24, 2010 1 comment: 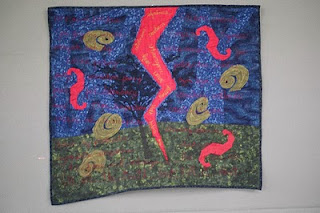 In the wake of the oil spill in the Gulf, I am pulling this quilt out again. Seems even more appropriate than when I made it a few years ago.  This is the second event with a major ecological impact in less than 5 years in the gulf coast area.

Artist's Statement:
Although Katrina missed my part of the state and Rita did not leave much physical damage, both hurricanes had lasting effects on the entire state, both financially and emotionally. Scientists have linked rising global temperatures to increasingly violent storms. Who do we blame? The phrases in red list a few likely culprits, but the words in green are the underlying causes: the seven deadly sins and a few extra. Will civilization change its ways before the entire planet is devastated? 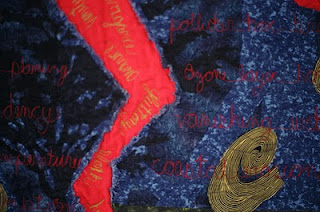 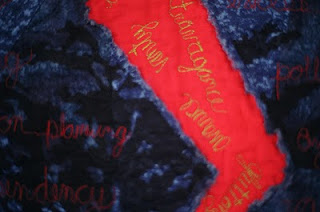 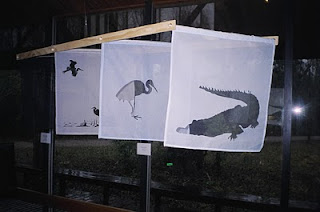 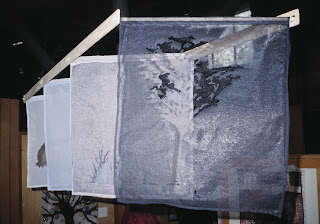 Endangered Swamp: Fade to Black
(note how the wildlife is missing from the pictures) 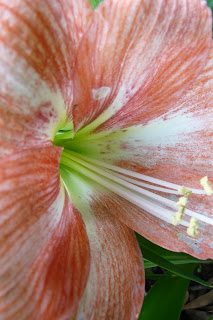 The first Amaryllis are opening 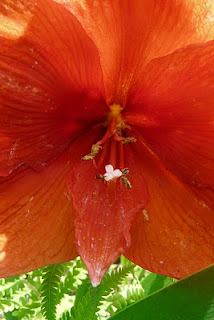 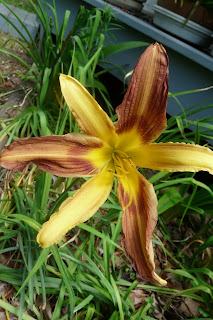 First of many daylilies 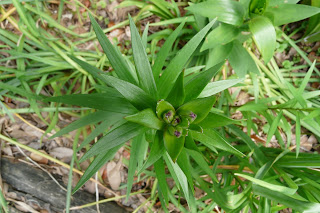 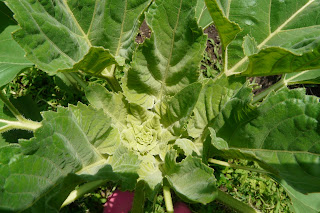 Sunflowers (oops pink crocs got in the picture) 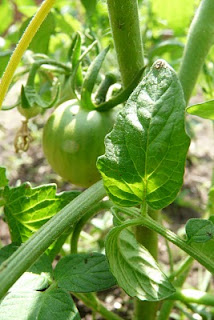 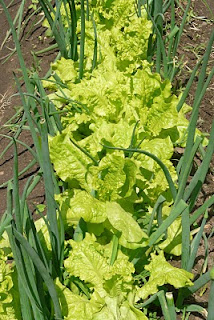 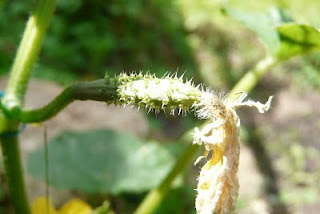 It's a baby cucumber! 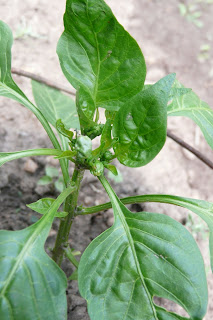 And a baby pepper! 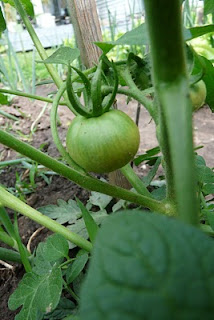 Another gratuitous tomato shot
Posted by wlstarn at Sunday, May 02, 2010 2 comments: 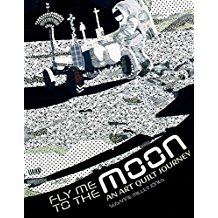 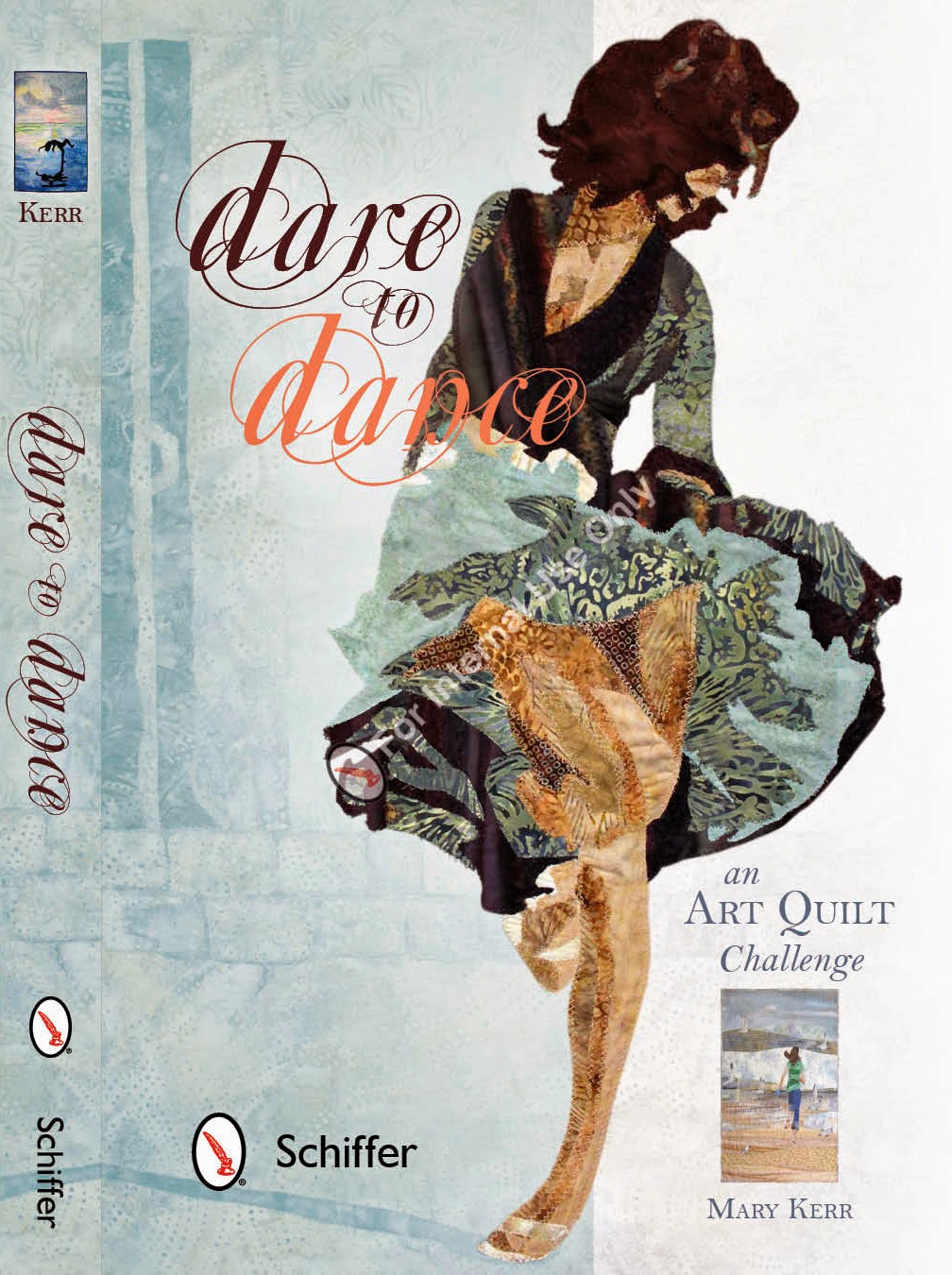 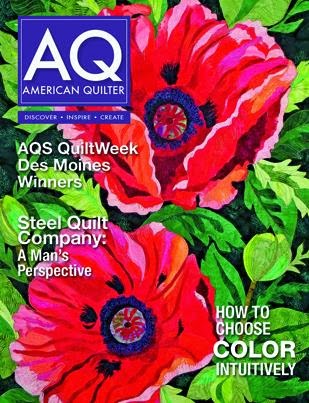 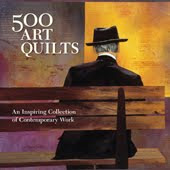